Halloween has been shifted from center stage here due to the Frankenstorm moving up the east coast (although if you asked my kids, they would say the fact that school is closed is center stage, but you can’t ask them because they’re still sleeping).

But the biggest concern in my area (Virginia) is the wind.  Because of the trees.

We have loads of pine trees in our neighborhood.  Now pine trees may make it possible for us to have cinnamon scented pine cones this time of year, but they also have a shallow root system that unfortunately causes them to topple like dominoes. 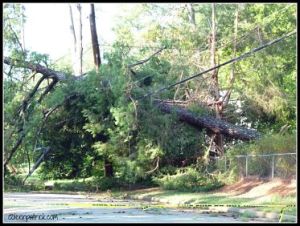 Here’s a pine that took out our power for more than a week last year after Hurricane Irene (I don’t believe it’s of the cinnamon variety).

But let’s not think of toppling trees, flooding or power outages.

How about I taunt you with scary Halloween witches . . . 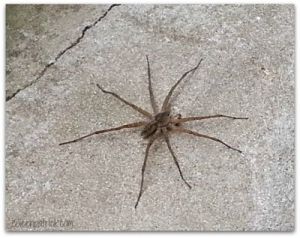 And let me remind you of the horrors of denim on denim.

I’d like to blame this “fashion” on delirium due to a spider attack (yes, that’s why I’m in a cast).

And last but not least, let me get you running scared from this bowl haircut . . .

The relative who shall not be named (shamed?)

And now I gotta go, before Bowl Haircut Girl finds me.

What scares you on Halloween?  What is your favorite Trick or Treat candy?

Have a great (and safe) week!

66 thoughts on “Bowl Haircuts and Other Scary Things”